You are here: Home / DIY/Craft Projects / How To Make Patriotic Vases Out of Two Thrifty Finds

Hi All! I would like to wish everyone a happy 4th of July! Can you believe it is already July? This year is flying by! Since it is the 4th today, I am going to share my thrift store finds turned patriotic vases from two different size of glass vases that I purchased at Goodwill for 99 cents. 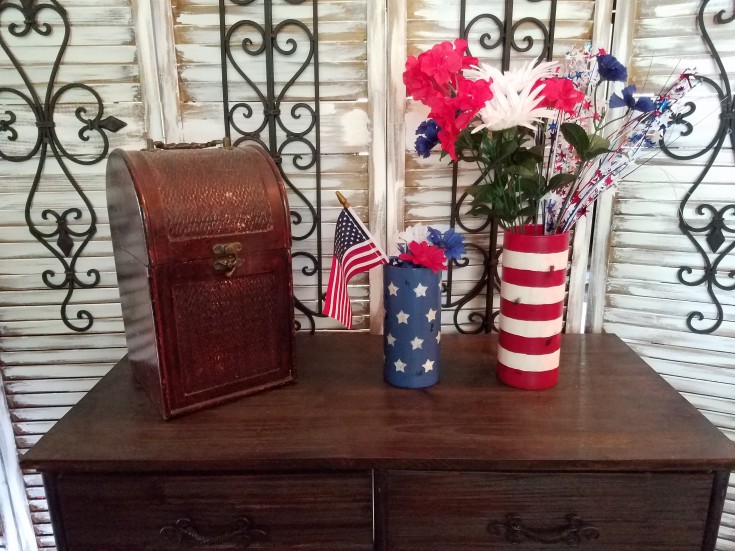 ***This post contains affiliate links, if you click on an affiliate link & buy something I may receive a small commission at no extra charge to you. The affiliate money I earn helps pay the expenses to keep this site running. Please read my full advertising disclosure for more info. Thanks so much for your support!***

How To Make Patriotic Vases From Thrifty Finds 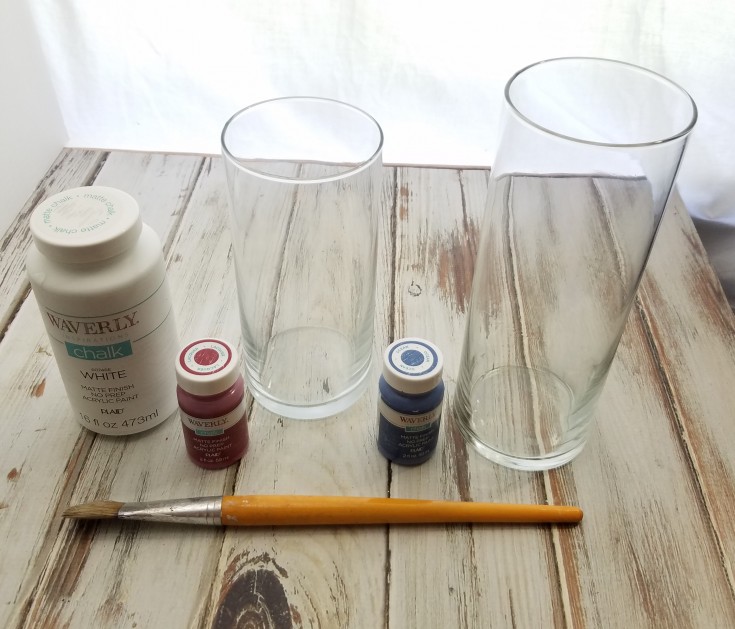 First wash them with warm soapy water, and dry.

Turn two thrifty finds into some Patriotic decor. #PatrioticVase
Powered By the Tweet This Plugin 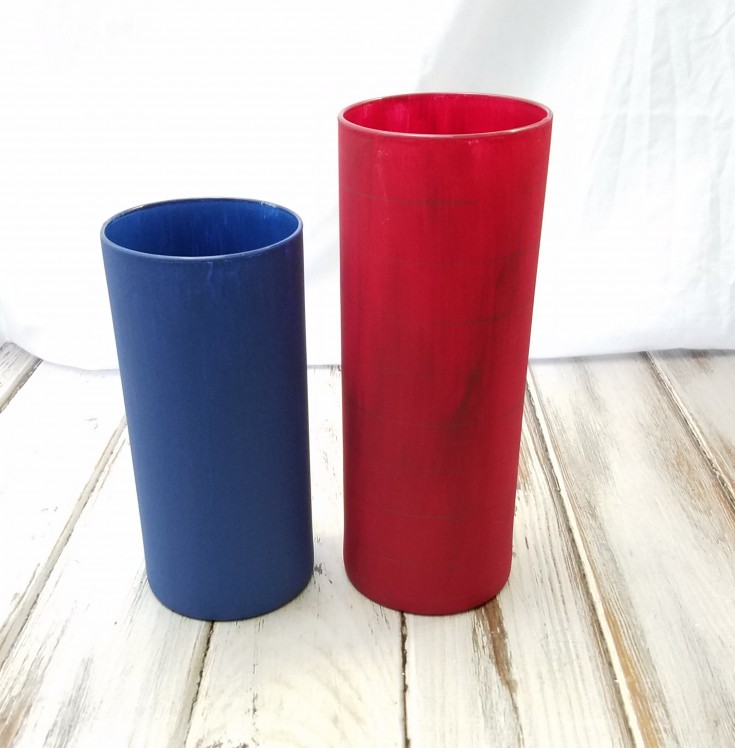 Once they were dry I free-handed the white stripes around the taller red vase. You will need to use two coats. You could use painters tape for a straighter line, but I wanted the unevenness of the lines to add to the worn aged look of the vase.

Next I stencil the Stars onto the shorter Blue Vase using a homemade Star stencil. 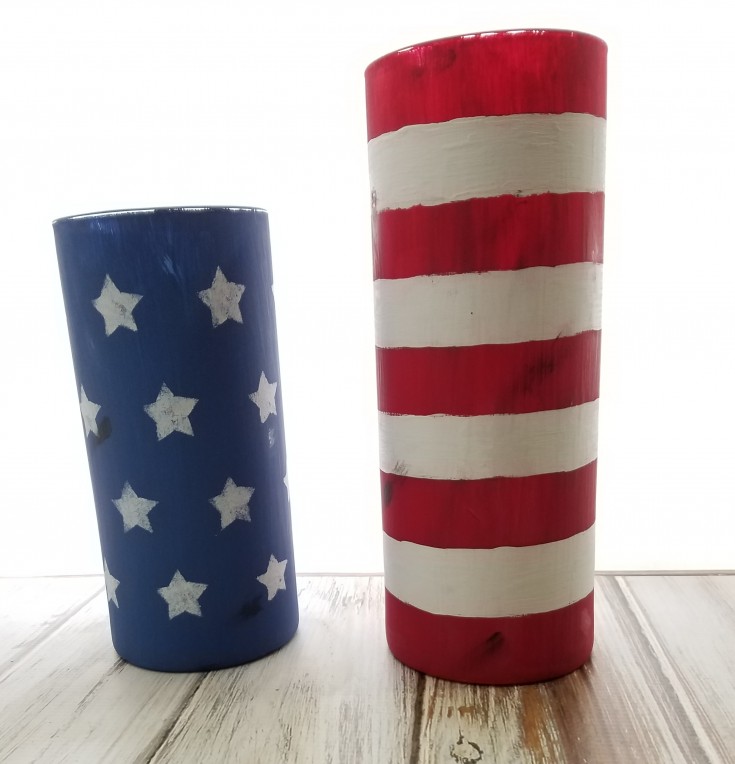 I let both patriotic vases dry thoroughly then I lightly sanded each vase to give it a worn effect.

Then I added some smeared black acrylic paint, like I did on my American shutter flag to help with the worn aged look that I desired. 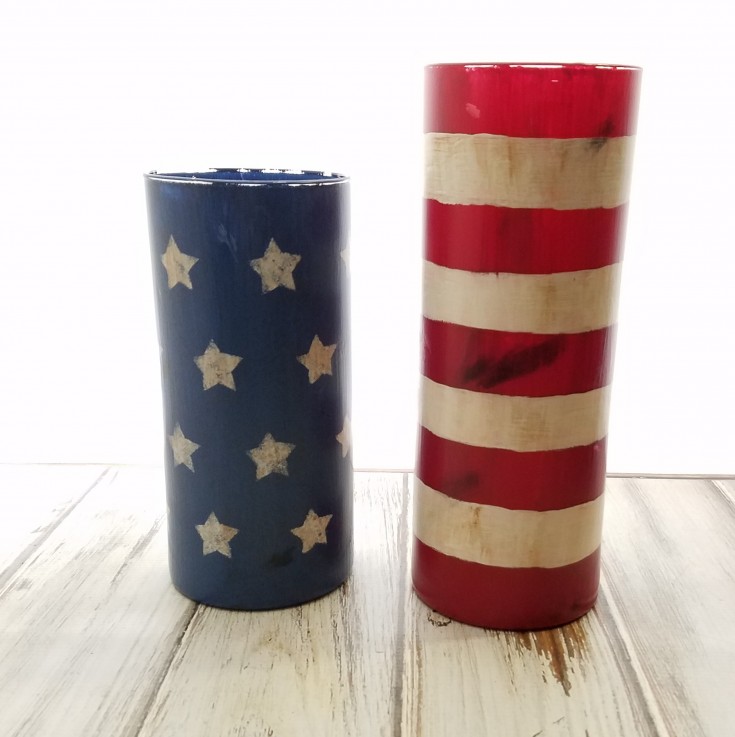 Now it’s time to add one of my favorite paint supplies, the antiquing medium. First I watered it down then brushed it on covering the vase.

Next I took a dry paper towel and wiped some of the antiquing medium off.

I did both vases like this, and it gave them both the worn aged effect that I was seeking. 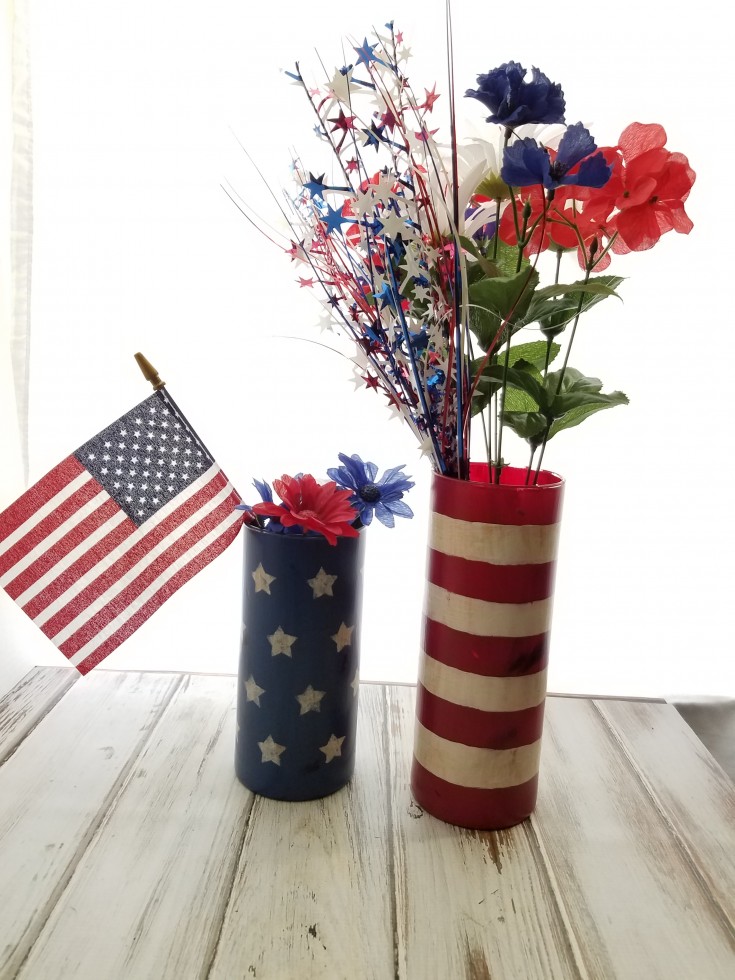 You can stop here, or you can add a coat of Mod Podge to help seal and protect the vases. But the Mod Podge will give it some shine.

Now fill the vases with flowers, and a flag and you have yourself a couple of pretty Patriotic Vases.

More Patriotic Decor You May Enjoy!